Jeela has decided to write a thesis as part of her M.Ed. program. Below is an abstract for her thesis which is still in progress.

This research project focusses on describing the various efforts at the standardization of Inuktut in Nunavut. Inuktut-speaking teachers across Nunavut will be invited to participate in this study by responding to a questionnaire. The questionnaire will be designed to investigate the attitudes of the teachers as they relate to pedagogical considerations of accounting for dialectal differences in Nunavut. This research will hopefully also serve as a resource to promote understanding and awareness of the seven major dialects in Nunavut, and which of them might be most appropriate and readily accepted by Inuit teachers as ‘the dialect of instruction’.  The outcome of the survey will be important information for the orthography committee at Inuit Uqausinginnik Taiguusiliuqtiit, the Inuit Language Authority in Nunavut, As this committee’s mandate is to look at standardizing Inuktut writing for the territory. This research will also have implications for the Government of Nunavut, the Curriculum and Evaluation divisions of the Department of Education, and Teacher Education Program at the Nunavut Arctic College and in-service professional learning for current teachers – all of which have a stake in the successful implementation of the new standards as they will have to ensure it is taught to the students across Nunavut. It should be noted that the Inuit Tapiriit Kanatami also includes the standardization of Inuktut across the four Inuit regions as a priority in the Strategy on Inuit Education (2011). 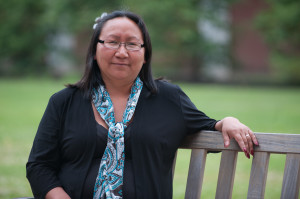