After the Institute of Island Studies (IIS) at UPEI was established in 1985 (housed within the Department of Extension), it didn’t take long to publish its first title: Ed MacDonald’s A Community of Schools was published later that year. 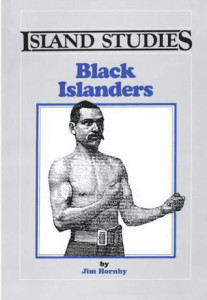 Between 1985 and 2000, the Institute of Island Studies published twelve books (five in the Island Studies Series of monographs and three sets of conference proceedings), as well as two co-publications with outside presses, two videos, an LP record, and three reports. Published in 1991, Them Times by David Weale was a perennial bestseller, selling over 15,000 copies. Jim Hornby’s Black Islanders brought together Prince Edward Island’s black community for the first time; as a result, a Black Islanders Co-op was formed, plays such as The Old Stock were written and produced, and the community suddenly was recognized as playing a significant role in Island history. David Weale’s A Stream Out of Lebanon had a similar effect on the Island’s Lebanese community.

At that time, manuscripts were either submitted to the IIS for consideration by the Publishing Committee, or staff and/or the Committee identified a potential book idea and brought someone on board to write a manuscript. The publishing committee included people knowledgeable about publishing and academia as Ed MacDonald, Deirdre Kessler, John Cousins, Lawson Drake, John Crossley, Allan Hammond, Michael Hennessey, Ian MacQuarrie, Harry Baglole, and Laurie Brinklow.

The mandate of the publishing program was to make scholarly books accessible to a popular audience.

etween 2000 and 2002, the publishing program was rebranded Island Studies Press (ISP). It  is now eligible for Aid to Scholarly Publications funding.

Between 2002 and 2015, ISP published another twelve books, as well as two co-publications with the Atlantic Veterinary College (Pets, Professors, and Politicians) and the Prince of Wales Alumni (A Century of Excellence), both written by Marian Bruce. 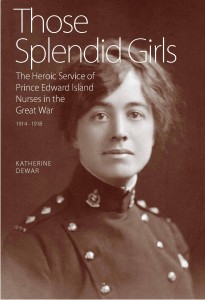 In 2014, Island Studies Press published Those Splendid Girls: The Heroic Service of Prince Edward Island Nurses in the Great War by Katherine Dewar. The book was shortlisted for an Atlantic Book Award for Scholarly Writing in 2015.

In 2015, Island Studies Press continues to flourish, co-published Samuel Holland: His Work and Legacy on Prince Edward Island with Holland College. Written by Earle Lockerby and Doug Sobey, the book sold out of its original printing and has been reprinted for the Christmas season. 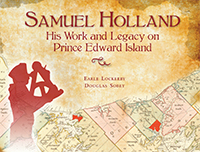