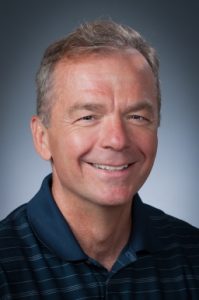 Dr. William Montelpare, PhD Professor; Margaret and Wallace McCain Chair in Human Development and Health- Dr. Montelpare graduated from the University of Toronto with a Ph.D. in Community Health specializing in Biostatistics, Epidemiology and Exercise Science. He started his academic career in 1986 as an Assistant Professor at Brock University in St. Catharines where he served as the first Director of the Health Studies Program from 1991-1998 when it was granted official program status by the Legislative Assembly in the Province of Ontario.  In July 1998, Dr. Montelpare moved to Lakehead University where he served as the Director of the School of Kinesiology until January 1, 2001 when he was seconded to the role of Acting Dean of Graduate studies, a position he held until July 2003. While in the role of Acting Dean he co-developed the first Masters of Public Health (MPH) program to be offered in Canada, and to be offered completely online. In 2010 he accepted a research chair at the University of Leeds (Leeds, UK) and was appointed as Professor of Allied Health Sciences. He returned to Canada in July 2012 as the inaugural, Margaret and Wallace McCain Chair in Human Development and Health at the University of Prince Edward Island.

Throughout his academic career he has taught thousands of students in statistics, research methods, exercise physiology, and health courses, at the undergraduate and graduate levels. He has been elected to the Senates of both Brock and Lakehead Universities, and served on several university, Regional, Provincial and National committees in areas related to university issues as well as within the disciplines of Heath, and in Exercise Science.  As a respected researcher he has been invited to serve on more than 75 graduate thesis committees, research review boards, research grant evaluation committees, Faculty program reviews, and as external examiner for Graduate Dissertations, as well as Promotion and Tenure reviews. His current areas of research include the epidemiology of physical activity related injuries, return to play criteria, and research on human development from pre-conception through gestation to the first 2,000 days. 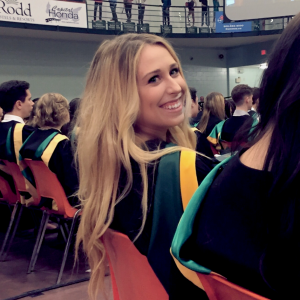 Tessa Roche, Clinic Coordinator- Tessa graduated from University of Prince Edward Island with her Bachelor of Arts, majoring in English in 2012.  During her time at university she played on the UPEI Women’s Soccer and Hockey teams.  She completed her Master of Science in the Applied Health Sciences department at UPEI in 2016.  Her master’s research focused on test of dynamic balance, dual-task, and ocular reflexes (specifically the vestibulo-ocular and fixation) for concussion assessment.  During her time working as clinic coordinator she has worked with Health PEI on their ongoing Pulmonary and Cardiac Rehabilitation Programs, and has collaborated with the biomechanics group on Parkinson’s research studies.  She also works with a pilot program for concussion participants with persistent symptoms in co-operation with Workers Compensation Board of PEI. 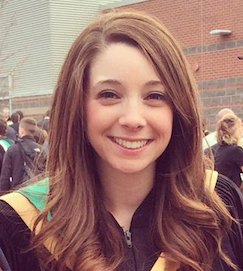 Robyn Connors, Concussion Awareness Program Educational Resource Lead- Robyn began a Bachelor of Science degree in Foods and Nutrition at the University of Prince Edward Island in the fall of 2011. She began working with Bill Montelpare and the concussion evaluation team in her final year of undergraduate study as part of a year long senior undergraduate research project. Following graduation she continued working with the team as she enrolled in a Masters of Science in Human Biology under the supervision of Bill Montelpare where her research focuses on static and dynamic balance as a return to play protocol for concussion. She is currently completing the MSc program while working with the Concussion Awareness Program as an Educational Program Lead. 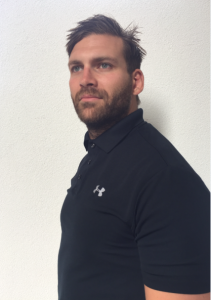 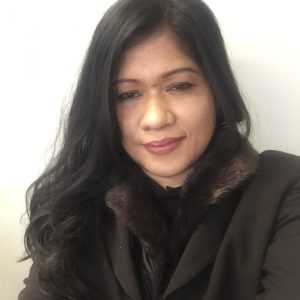 Indika Pradeepa Mahawattage, Masters Candidate- Upon completing the Medical Degree from the Faculty of Medicine, at the University of Kelaniya in Sri lanka, Pradeepa worked as a neurosurgical physician at the department of neurosurgery of the National Hospital of Sri Lanka for 9 years. While there, she provided comprehensive care for in-ward pre-operative, post-operative patients as well as Intensive care and high dependency neurosurgical patients of all ages from pediatric to geriatric with a wide array of neurosurgical presentations such as spinal, cranial, neuroendocrine, neurotrauma, and neuromuscular. She has also managed many neurosurgical out-patient clinics at the National Hospital such as cranial, spinal, head injury, neuroendocrine, and neurovascular.  After moving to  Canada, Pradeepa successfully completed the Medical Council of Canada Evaluation (MCCEE), National Assessment Collaboration(NAC) examination and Medical council of Canada Qualifying Examinations (MCCQE part 1 &  MCCQE Part 2) and became a licentiate of the Medical Council of Canada in 2017. She is currently completing a Masters of Science in Human Biology under the supervision of Dr. Bill Montelpare where her research is focused on assessing the reliability of contralateral auditory suppression magnitudes of transiently evoked otoacoustic emissions, as an evaluation tool for concussion.