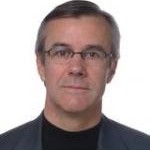 Ian has been teaching epidemiology and conducting epidemiologic research for more years than he is willing to admit. He has an international reputation as an excellent teacher and has been the recipient of numerous research and teaching awards, including honorary doctorates from the Swedish University of Agricultural Sciences and the University of Guelph. His particular interest is in the application of quantitative methods to animal-health research problems. 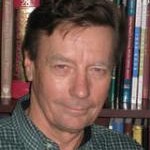 Wayne is considered to be the father of modern veterinary epidemiology in Canada (where he has been working at it even longer than Ian). He is internationally recognised as one of the key contributors to the development of the discipline and was awarded the Calvin W Schwabe Award in 2006. He is a Professor Emeritus from the U. of Guelph. Wayne remains active in epidemiology and maintains his particular interest in study design principles and epidemiologic methods.

A native of Denmark, Henrik moved to UPEI in 2001. He has established himself as one of the leading figures in veterinary biostatistics. He has an international reputation and is frequently asked to teach high level “methods” courses relevant to veterinary epidemiology. His particular research interest is in multilevel modelling, an area that is crucial in animal health studies.