We use experimental and computational tools

Our projects are organized into subroutines: small tasks that are parts of a larger goal. To be useful subroutines must be simple and repeatable.
Subroutines have a simple aim: we know the inputs and the expected output.
Subroutines are standard: we can repeat them exactly (often many times).

We work with molecules, computers, and people. 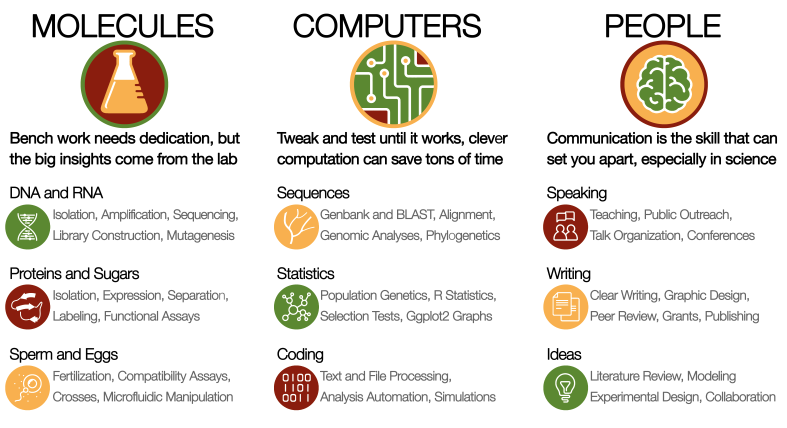 The simplicity and repeatability of subroutines can make you efficient.
Once you master a subroutine it becomes a skill: you can rely on it and expand on it.
Once you know a few different subroutines you can combine them into a project!

How does natural genetic variation result in phenotypic variation?
We study this question using simple traits, like sperm-egg recognition. Mating depends on the proteins and sugars that sperm and eggs use to fuse at fertilization. The interactions are very simple, just chemicals binding, but they result in complex behaviors – mate recognition and mate choice. 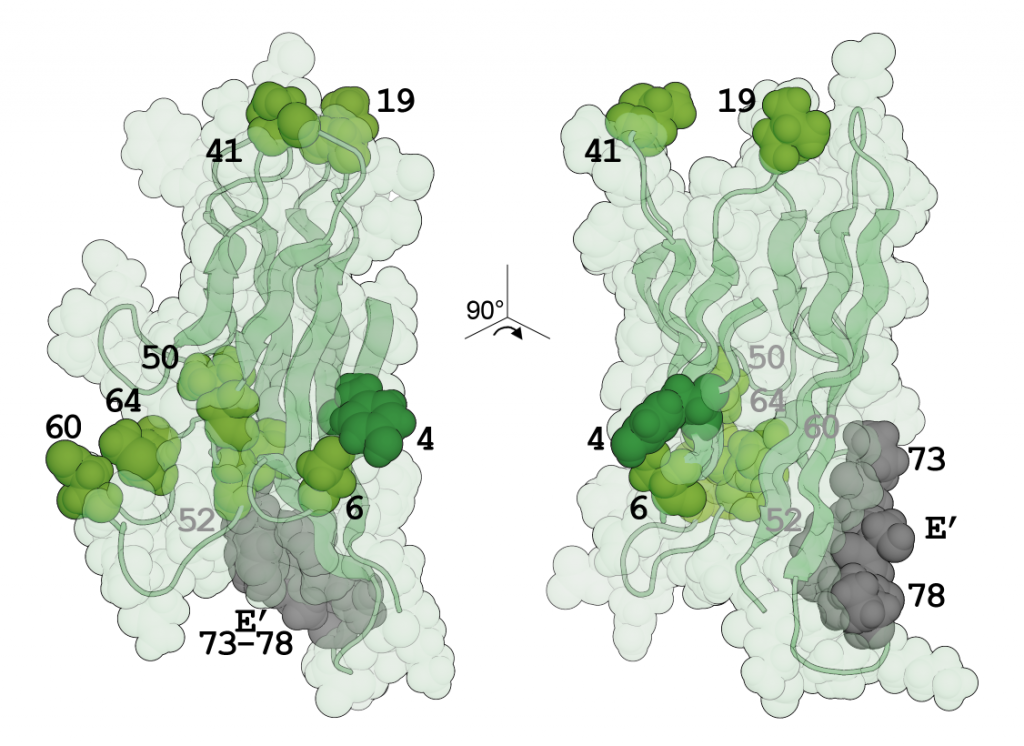 3D structure of a sperm protein

How do genetic changes result in the evolution of reproductive isolation?
Sperm-egg incompatibilities can even maintain reproductive barriers between species. We use natural hybrid zones to study how sperm-egg recognition molecules evolve when different species meet and mate. 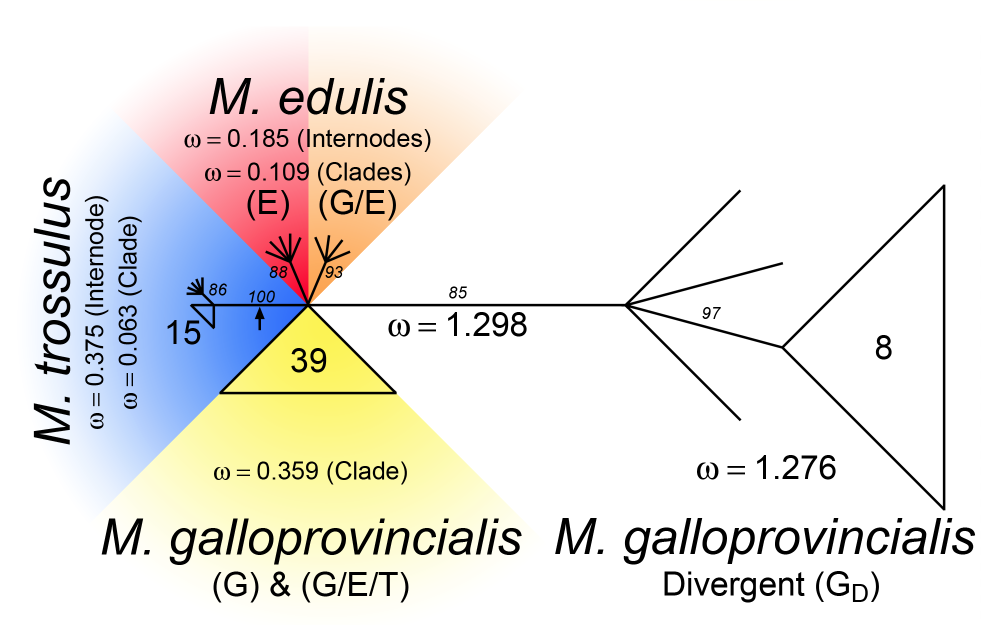 Rapid evolution of a mussel sperm protein within a single species

What selection pressures cause phenotypic evolution?
We build experimental and computational tools to track the functional evolution of simple molecular systems. We estimate the probability of observing an evolutionary change given the phenotype space to identify the phenotypic targets of adaptive molecular evolution.

Alternative phenotypes for an instance of adaptive evolution

If you want to learn about molecular or computational evolution, please contact me:
sspringer@upei.ca. You can choose one of our existing projects, or we can talk about trying something new!