Abstract: Recent global warming has caused significant changes to the regional climate over Eastern Canada and brought unprecedented challenges to the local communities, such as rising sea level, shrinking sea ice coverage, increasing coastal and inland floods, accelerated coastal erosion, and so on. Although local governments have declared climate emergency in recent years, there is still a lack of real climate actions due to the poor understanding of the future climatic changes over Eastern Canada and how to mitigate and adapt to those changes from a long-term perspective. Here we attempt to fill this gap by developing high-resolution regional climate scenarios for Eastern Canada throughout the twenty-first century under three greenhouse gases emission scenarios (RCP2.6—low, RCP4.5—medium, and RCP8.5—high). The results suggest that the low-emission scenario of RCP2.6 would potentially stabilize the regional climate (i.e., no significant changes in both temperature and precipitation) over Eastern Canada after the continuous warming reaches its peak in the middle of this century. However, an average warming about 1 °C would still be expected from now to the end of this century under RCP2.6, highlighting the importance of preparing for a new climate normal even though strict carbon reduction efforts could be made before 2050. In comparison, both RCP4.5 and RCP8.5 scenarios would lead to a continuous warming over Eastern Canada with increased total precipitation throughout this century. Most importantly, the warming trend under RCP8.5 is likely to accelerate after 2050, which would potentially cause significant shifts in the precipitation seasonality and bring more climate extremes, such as droughts in August, increasing spring and fall floods, more freezing rains between fall and winter, and more heavy snowfalls in winter. The results from this study can help the local policy makers understand the importance and scientific implications of taking immediate carbon reduction actions and developing long-term climate adaptation plans.

The following paper about the downscaling performance of PRECIS to the BCC-CSM2-MR model has been recently accepted for publication by Climate Dynamics. 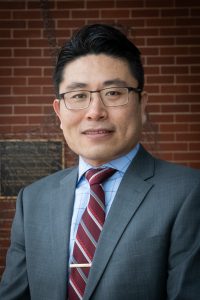