A new series of short videos exploring the impacts of climate change on Prince Edward Island and the adaptation strategies being implemented by Prince Edward Islanders called PEI Climate Stories has been released and can be found here at http://climatesense.ca.

As Adam Fenech, Director of UPEI’s Climate Lab says: “Prince Edward Island is certainly experiencing the impacts of climate change NOW, so these videos provide a good testament of the challenges and opportunities arising from climate change by detailing  Islander responses.”

ClimateSense Project Coordinator and video co-producer Ross Dwyer furthers: “PEI Climate Stories are Islanders talking about how climate change is impacting their way of life on this, and ways in which they are adapting or living with climate change.”

Four short videos were produced last summer with Jeff Eager from Hummingbird House Productions as the photographer and editor, and plans are to produce four more this coming summer.

PEI Climate Stories are funded by ClimateSense, a consortium of federal, provincial and university experts for providing training and education on adapting to (or living with) climate change.

In a COVID-19 year that we would like to forget, we have to remember the warm and dry weather across PEI. Here are our Top 3 Weather Stories for 2020.

The 2020 hurricane season was the most active Atlantic season on record with 30 named storms, 13 of which were hurricanes. One of the major ones this year was Hurricane Teddy, a large and powerful Category-4 hurricane (second-highest hurricane classification category on the Saffir–Simpson Hurricane Scale, with maximum sustained winds of 209–251 km/h). After making landfall near Ecum Secum, Nova Scotia, on September 23 as a post-tropical storm, Teddy moved across Nova Scotia before passing east of PEI in the early afternoon. While the storm’s impact was less than expected in terms of power outages and damage, Teddy brought heavy rain (between 40 and 70 millimetres) and gusty winds (ranging from 50 to 80 km/h) to a wide swath of PEI.

This year brought a hot, dry summer drought that really took its toll on a lot of the potato crop across the province. Add an early frost, and potato yields (potatoes harvested per hectare) were definitely down this year, by 20 to 25 per cent or more on farms in central PEI, an area that received less rain.  On the positive side of things, reports of the quality of the potato yield are very good.

Given that 2020 is in a dead-heat tie with 2016 for the Earth’s hottest year on record, it should come as no surprise that the Number One weather story for Prince Edward Island is the number of days with hot temperatures. PEI temperatures were well above where they should be for many times this year. Sometimes, even the overnight lows were warmer than where the daytime highs were supposed to be.

It was a summer of breaking records for high heat, as well as heat warnings. Heat warnings are issued when very high temperature or humidity conditions are expected to pose an elevated risk of heat illnesses, such as heat stroke or heat exhaustion. For Summerside, it was the second hottest summer on record with nine days over 30 C. In Charlottetown on November 10, the thermometer climbed to 21.3 C, a record and also a remarkable 100th day where the temperature reached 20 C at the Charlottetown Airport in 2020. The 30-year average is 79 days per year.

These are the types of wild weather that scientists expect to be more frequent under climate change – extremes of heat, drought and rainfall. Is this as a result of climate change or weather variability? Signs are pointing more and more towards climate change.

It is that time of year again for our predictions about how good or bad the winter weather will be this year. As a recap, no one source has had a monopoly on predicting the winter weather well over the past several years. Everyone seems to have an opinion, some of them even educated opinions. Last week brought our first snowfall so I think it is time for the UPEI Climate Lab’s annual winter predictions for Prince Edward Island.

Environment Canada uses climate models to forecast seasonal weather. Climate models are mathematical equations strung together that describe the chemistry and physics of the Earth’s climate system. These equations are calculated using the largest computers in the country, known as supercomputers. Environment Canada forecast temperatures for the coming winter (December, January, February) for PEI to be “above normal,” with precipitation (snow and rain) “normal” for the Island. I must mention, however, that Environment Canada’s seasonal forecast models are accurate for Prince Edward Island only 40-50% of the time (which is not significantly better than chance, meaning flip a coin and you’ll have the same odds of getting the forecast correct). Environment Canada’s seasonal forecasts are accurate in Northern Quebec, the southern Yukon and Baffin Island, but here on PEI, they do not forecast as well.

We all know people who swear by almanacs when forecasting the seasonal weather, so we took a look at the predictions from three of them. The 2021 Almanac for Farmers and City Folk predict temperatures above normal for December and January, and below normal precipitation for January and February; the 2021 Harrowsmith’s Almanac says the winter will “be milder than normal (in the first half) and “start out dry but then will become stormier;” and the 2021 Old Farmer’s Almanac has forecast the PEI winter climate this year to be above average temperatures and precipitation. The Old Farmer’s Almanac is the one we are most familiar with as it has been forecasting seasonal weather since its first issue in 1792 (the time of George Washington’s presidency) using a “secret formula” kept tucked away in a black tin box at the Almanac offices in Dublin, New Hampshire. This “secret formula” has recently been described by Peter Geiger, editor of the Farmers’ Almanac, as “a mathematical formula that gets applied to sunspot activity, planet positions, the effect the moon has on the Earth, and those are the components along with the math to do the weather.”

My own research at the University of Prince Edward Island that examined over 140 years of weather observations in Charlottetown has shown that the climate has definitely gotten warmer and drier, especially over the past 10-15 years or so. And that’s where I put my forecast each winter – to continue the trend and be “warmer and drier”.

Over the past eight years, no one source has been “bang on” in predicting the winter climate – the best has been following the long-term climate trends of warmer and drier but this only worked four out of the past eight years, and really missed our savage winter of 2015. Normally, a PEI winter (the months of December, January and February) averages -6 degrees Celsius and receives about 303 millimetres of precipitation, that’s rain or snow. The 2019-20 Winter was warmer than normal (-4.6 degrees Celsius, or 1.4 degrees warmer) and drier than normal (250 millimetres, or about 17 percent drier than normal). This matched my prediction, but no one else predicted “warmer and drier.”

This inability to forecast seasons accurately is because the year-to-year climate is variable – it goes up and down. Climate is nature’s merry-go-round so it is often difficult to predict the coming season even with supercomputers, secret formulas or historical trends. To emphasize this point, my new colleague at the UPEI Climate Lab, Ross Dwyer, flipped coins to see what Lady Fortune’s forecast for the winter will be – the result being “warmer and wetter”. So there are many forecasts made but only one will be correct. Predictions overall are unanimous for a warmer winter (6 votes) with undecided precipitation (3 for wetter, 2 for drier, and one average rain or snow) for 2020-21.

Drone footage from our 2016 field season: 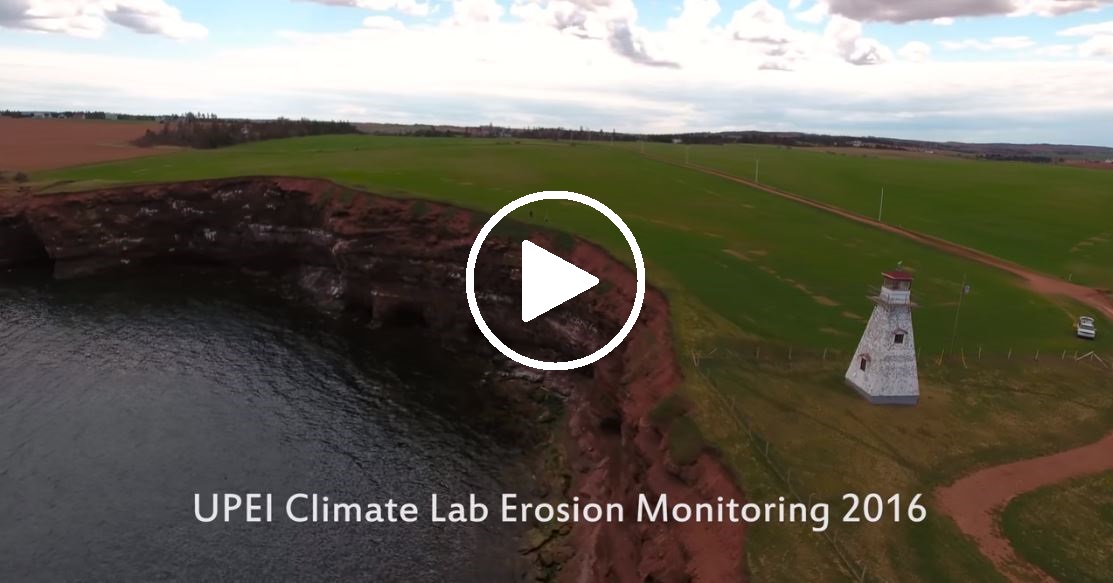 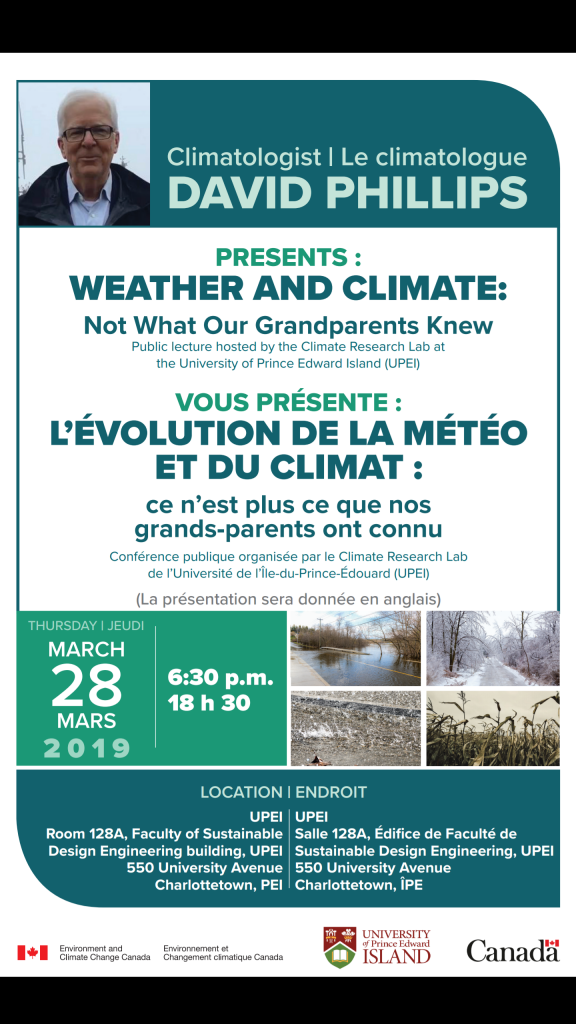 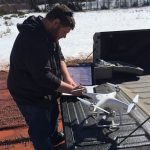 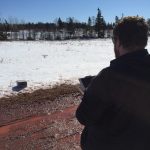 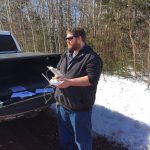 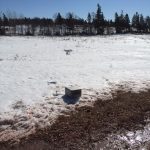 Our new DJI Phantom 4 is equipped with RTK (Real-time kinematic) positioning. This will allow us to collect centimeter-accurate data and make laying ground control points along the boundaries and at the centers of our study sites a thing of the past.

The event is FREE and open to everyone. Lunch will be provided. Please register at allianceprojectmanager@gmail.com

We were thrilled to host the Transport Canada RPAS (Remotely Piloted Aircraft System) team last week for an information session on the upcoming drone regulations, which come into effect on June 1st. Thank you to everyone who attended and helped make the event a success.

Below is a photo of Roger Smith, who works as a Civil Aviation Inspector for Transport Canada, speaking to the crowd last night at UPEI. 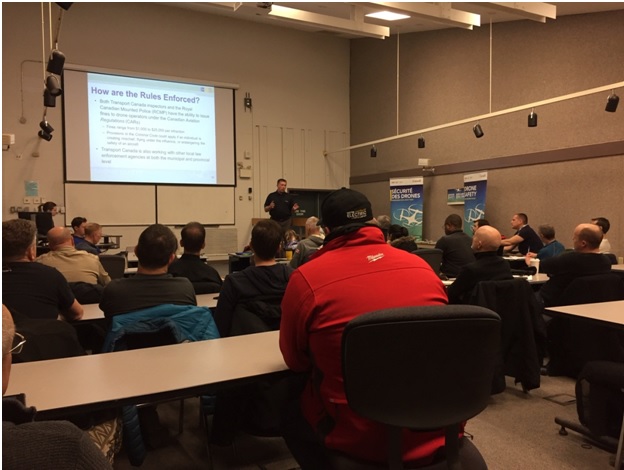 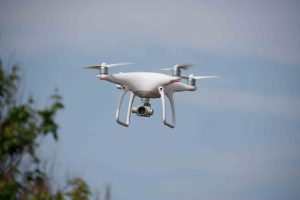 The UPEI Climate Research Lab will host an information session on new Canadian drone regulations on February 20, 2019 from 6:00 pm to 8:00 pm in room 235 of UPEI’s Robertson Library.

Space is limited. Please contact climate@upei.ca with your name, affiliation, email and mailing address to reserve your spot. All are welcome.

UPEI’s Climate Research Lab and the PEI Woodlot Owners Association (PEIWOA) will host a public talk on sustainable forestry practices to deepen our understanding of how climate change can affect forestry management. Dutch expert Dr. Gert-Jan Nabuurs will compare European forestry practices with the situation on Prince Edward Island. The event is Tuesday, November 20 at 7:00 pm in the Alex H. MacKinnon Auditorium of UPEI’s Don and Marion McDougall Hall. All are welcome to this free public lecture.

“On PEI, one can think of enhancing thinnings, using the low quality thinned wood for biomass and, at the same time, aim with the remaining stand for a higher quality timber—a kind of European style forestry,” said Dr. Nabuurs. “The benefit for the forest owner is not so much in the short term, but lies more in the longer term, with better stands. These operations and mindset have to change. That takes time. Access to forest is needed. Owners have to collaborate, and regular supply is needed.”

Dr. Gert-Jan Nabuurs is a professor of European forest resources at Wageningen University in the Netherlands and a senior researcher at Wageningen Environmental Research (WUR). His background is in European-scale forest-resource analyses and management under climate change. His work has both scientific and practical applications.

Dr. Nabuurs is the Intergovernmental Panel on Climate Change’s (IPCC) coordinating lead author in good practice guidance for the its fourth assessment report. He will lead the agriculture and forestry chapter in the IPCC’s sixth assessment report, starting in 2019. He was assistant director of the European Forest Institute in Finland from 2009–2012. He is member of Ministerial Advisory Committee Sustainability of Biomass for Energy Purposes, advising on certification schemes and their applicability to Dutch biomass sustainability criteria.

Although this event is important for woodlot owners and silviculture workers, Dr. Nabuurs’ ideas and experience will also be of interest to forestry contractors, environment and watershed groups, climate scientists, resource managers, local governments and chambers of commerce. All are welcome.

All photos by Don Jardine
Tweets by @UPEIClimate