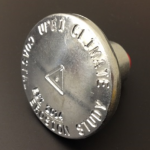 In 1984, a coastal erosion monitoring program was established by the Department of Community and Cultural Affairs Marine Environment Section to understand the impact sand mining was having on coastal erosion rates. This program was abandoned in the 1990s and in 2014 the Climate Research Lab obtained original field notes and resurrected the program. An improved method for more accurate measurements was implemented and additional sites established in subsequent years. The Climate Lab now maintains over 100 measuring locations at over 50 study sites across the Island. Annual measurements are taken every summer. 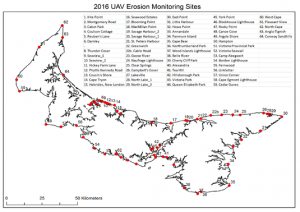 In 2015, the Climate Research Lab undertook research that would lay the ground work for a coastal change monitoring program using small Unmanned Aerial Systems more commonly known as UAVs or drones. This work involved validating the UAV data and developing techniques for detecting change. In 2016, an Island wide program was established with data being collected at 60+ study sites. This program is meant to capture annual variations in coastal change and provide insight into the impact of climate change on PEI’s coastal regions.

With input from the public and sector representatives, specific recommendations will be provided for each of the identified sectors: Agriculture, Education, Energy, Fish & Aquaculture, Forestry & Biodiversity, Insurance, Public Health & Safety, Tourism, Transportation & Infrastructure, and Water. 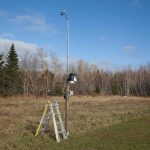 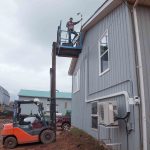 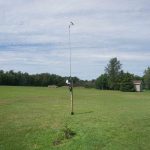 The UPEI Climate Lab is working with federal, provincial, university, commercial, indigenous and volunteer partners to bring together observations such as wind, temperature, precipitation and solar radiation from climate stations across the province. A reference climate data record is a key element in understanding PEI’s changing climate and helps in applied climatology needs for agriculture, forest and tourism operations, in reducing model uncertainties in climate variances, and in providing reference ground truth data to better evaluate climate model predictions.

Using these stations and some federally operated stations, the UPEI Climate Lab has prepared monthly summaries of the climate data collected since September 2014, and has produced annual summaries for 2014, 2015 and 2016. Examining the map of sites below shows some obvious gaps in the network that should be filled along the west coast (West Cape, Roseville, Waterford, Alaska), north shore (Lennox Island, Greenwich), inland areas in all 3 counties and the east coast (Launching Place, Panmure Island, Murray Harbour). 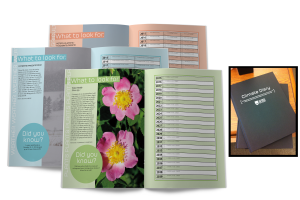 The Climate Diary is a means for citizen scientists and to identify and record observations of naturally occurring plant and animal life cycle events over time on Prince Edward Island.

As the years roll on, this Climate Diary will provide a written record of changes in the environment as they occur year-to-year. These records will help scientists understand changes in the climate system and how these events are influenced by seasonal and interannual variations in climate. Eventually, these records will be a written testament to the effects of global climate change as temperatures warm through the decades, and precipitation patterns change.

The inspiration for this Climate Diary comes from Alexander Mackay, the superintendent of Nova Scotia schools from 1897 to 1924. Mackay enlisted the help of teachers and school children from across the province to collect observations of over 100 plants, animals and features of the physical environment, many of which are included in this Climate Diary.

From 1901 to 1923, Mackay mandated schools to teach natural history through his program of phenological observations, that is, the study of the synchronization of develop mental stages of plants and animals with the seasons. The timing of these cycles depends on climate factors such as temperature, moisture and day length. The phenological events of plants, which are easily observed such as the timing of buds opening or plants leafing out, can be used to characterize climate for a region for any given year.

To obtain a climate diary, please contact the Climate Lab at climate@upei.ca.

The Climate Research Lab at the University of Prince Edward Island developed a valuable tool for researchers who require climate projections for anywhere on the planet. The lab has downloaded raw data from 40 global climate models and translated, analyzed, verified, and converted it into a usable dataset for researchers.

The models are the world’s most advanced science, and was part of the Fifth Assessment Report from the Intergovernmental Panel on Climate Change (IPCC). The Climate Ocean Atmosphere Data Exchange (COADE) is the only place in the world for queriable and mapable output from all 40 Global Climate Models used in IPCC AR5.  “If researchers require projections that are monthly, seasonal, or annual over the next century, we can provide them” said Dr. Adam Fenech, director of the Climate Research Lab.

Researchers can get in touch with Dr. Fenech at climate@upei.ca. 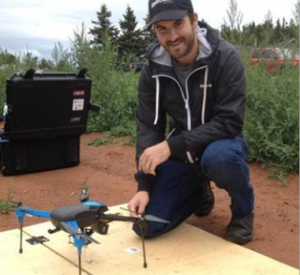 Precision agriculture is a farming management approach that uses data to identify and respond to inter and intra-field variability in crops.  This approach was tested for potato crops in Prince Edward Island.

Indications are that early-season field health maps derived from sUAS collected data (July and early August) can provide a farmer with an idea of where their crop will produce well, and areas that won’t produce as well. This information, in combination with field data from other sources (i.e., soil sampling, past years yield data, topographic information, etc.) can be used to make management decisions on the farm as part of a precision agriculture approach, and has the potential to boost farmers profits by increasing yields and potentially reducing input costs.

As the effects of climate change have been better understood, the potential danger of climate change affecting human health has become an area of concern. Climate change can affect health directly, such as trauma from storms or heat waves, or indirectly, such as the spread of disease or exacerbating existing conditions like asthma. With climate change and new emerging health concerns, these health outcomes will be changing rapidly. In addition, managing these health risks will require not only increased emphasis on public health, but also interdisciplinary collaboration, to yield positive adaptations. The aim of this project is to link one or more climate measurements with a specific health outcome using existing health and climate data in Atlantic Canada. Potential areas of interest include infectious disease (specifically rodent, water and vector-borne diseases), chronic non-infectious disease, mental health, and pre/post natal effects of climate. To this end, The Climate Research Laboratory at the University of Prince Edward Island will be hosting the first international symposium entitled “Impacts of Climate Change on Human Health”. The symposium will be held at PEI Greenwich National Park from October 5 to 7, 2017.

As coastal communities and property owners respond to the threat of coastal flooding and accelerated rates of erosion due to climate change, the impacts of coastal adaptation strategies on coastal ecosystems will require ongoing monitoring and evaluation. Shoreline stabilization structures can influence regional sediment transport processes, beach width and profile, and habitat connectivity between the marine, littoral and terrestrial zones.  The first step to evaluate the effectiveness of these structures and their potential long term impacts on the coastline of Prince Edward Island will be to develop an inventory of existing shoreline structures and to assess the historic changes to the coastal geomorphology since their installation. The project will demonstrate the complex relationship between coastal environmental processes and human responses.

The Economics Working Group of Natural Resources Canada’s Adaptation Platform aims to enhance the understanding of the regional and sector-specific economic impacts of climate change and to generate knowledge of comparing relative costs and benefits of potential adaptation measures. As one of four regions to receive support from Natural Resources Canada to undertake a cost–benefit analysis (CBA) of climate change adaptation options, the Atlantic Climate Adaptation Solutions Association (ACASA) selected six coastal areas within the Atlantic Provinces for case study analysis. In each of the selected sites the risks to significant infrastructure and properties were assessed under the projected threat of coastal flooding and costal due to climate change, where applicable.

The sites were selected based on the project’s primary focus on the impacts of climate change on infrastructure and economic sectors including transportation, trade, ship-building, fisheries and tourism. For each case study, the CBA process involved the following steps: 1) identify impacts and costs associated with sea level rise and coastal flooding due to storm surge events and ongoing erosion, where applicable; 2) identify potential adaptation options that address the projected impacts and determine cost estimates of these options; and 3) calculate the net present value (NPV) and benefit to cost ratio (BCR) for each of the adaptation options proposed. The results provide a quantitative assessment on whether adaptation is warranted for a particular area from a financial standpoint, and an economic-based comparison of the proposed adaptation options. The main objectives of the CBA were to: 1) build on existing local assessments of climate change impacts and adaptation options by adding a layer of economic analysis; 2) support decision-makers in the selection of informed adaptation investments; and 3) provide an overall assessment of the usefulness of the CBA methodology in the context of climate change adaptation decision-making processes.

The Atlantic Climate Adaptation Solutions Association (ACASA) has partnered with Natural Resources Canada and leading researchers to develop the Coastal Community Adaptation Tool-kit to support communities in better understanding and preparing for the impacts of climate change. The kit includes:

The free tool-kit is available online at: http://atlanticadaptation.ca/CCAT.