Searching for islandness in the edge
Patrick Lévêque 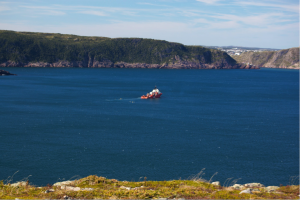 Figure 1: View of Southside Hills from Blackhead, Newfoundland. The city of St. John’s lies behind; I grew up on the opposite side of the hills, about the same distance from where this photo was taken (Photo by author, 2008).

In my ongoing exploration of the concept of islandness and island studies more generally, it has become clear to me that there is no satisfactory definition, criteria, or set of characteristics for what is an island. Part of the problem is the sheer diversity of the world’s islands. How can we tease out commonalities from such a diverse population? And what sets these apart from other remote, small, and peripheral mainland places? One possible answer is in boundedness; the fact that the entire place is circumscribed by a land-sea edge. There are problems with this interpretation as well. In particular, it may reflect a Western or colonial bias (DeLoughrey, 2001), or an unrealistic separation between land and sea (Gillis, 2016). But for the moment I’ll focus on the edge to see if it adds any clarity to my own sense of islandness. I’ll delve into the edges of the island I currently live on (Prince Edward Island [PEI]), and reach back through my experiences with other islands. I want to go beyond walking on or looking at the edge, and explore whether I can find meaning about islandness in the very concept of the edge.

While I’ve only been studying islands in an academic way for a few months, I have lived nearly my entire life on islands, on various edges. Aside from a four month exchange program in Limerick, Ireland, the furthest ‘inland’ I’ve ever lived was about five kilometres from the ocean. The house in St. John’s, Newfoundland and Labrador, where I grew up was up on a hill, and while I don’t think we could quite see the shore, the ‘edge’ or the horizon that I remember is a view of the Southside Hills, the other side of which are steep cliffs into the North Atlantic ocean; the eastern edge of North America.

While shoreline is typically seen as a singular edge, it can often fragmented into multiple edges. Figure 2 shows part of the shoreline on Buldir, in the Aleutian Islands, where I spent a summer doing seabird research during my undergraduate years. The edge of the water, constantly shifting with each wave that washes ashore, forms the first and maybe most obvious edge. There is a more slowly shifting edge of wet sand, where the waves have recently extended. A clear high tide line is visible above the wet sand, where the waves reached a little further back in time. Further back again, a couple of sandy edges mark the extent of past storm surges, beyond which seaweed and other debris form a thick and disorderly transition zone where the sea’s immediate influence gives way to that of the land, where grasses begin to prevail. There are still other edges implicit in this image. I took this photo in mid July, by which time only fragments of the former snow line remained in the upper elevations. At a much more macroscopic level, this island, and the Aleutian chain of which it is part, are the edge between the Bering Sea and the Pacific Ocean (the photo shows the Bering Sea side of the island). 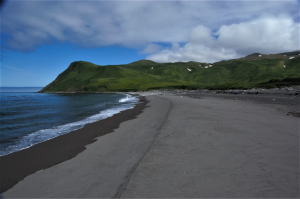 Figure 2: Multiple edges in the shoreline on Buldir, Aleutian Islands (Photo by author, 2008).

The edge is diverse, not only spatially but also temporally. On the north shore of PEI, or the north east coast of Newfoundland, when the sea ice envelops the shore in winter or spring, the edge becomes temporarily hidden and multi-layered, as layers of ice cover and overlap the land-sea edge. The precise location of the shore is lost, at least intermittently. Open water can become an island within a sea of ice, in a landscape that seems more like the arctic than the ‘gentle island’ of summer tourism advertisements. PEI comedian Patrick Ledwell describes the varying conditions on the edge:

I live on a Gentle Island. With gentle breezes, that gently sandblast all the hair off your legs during a gently breezy day at the beach. … Just you wait until February, when the wind’s blowing up your pantleg and hurting your feelings (2012, pp. 5-6).

Ledwell’s joke exemplifies the way that the edge can be experienced and interpreted in different ways by different observers. The provincial government promotes a very specific ideal of the edge, as often illustrated in the annual Visitors Guide (see Figure 3, left), which is starkly different from my most recent experience (Figure 3, right). 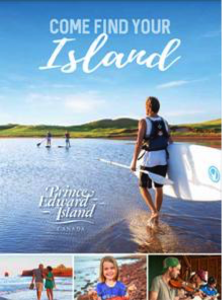 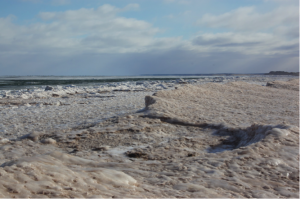 Before the advent of ice-breaking ferries (and later the Confederation Bridge), winter sea ice was a major barrier to communication and travel between PEI and the mainland, though some still made the journey on ice boats (see MacDonald, 2000). The sea ice could thus be said to increase PEI’s insularity during the winter. However, at the same time, the sea ice protects the shore from erosion. On top of rising sea levels, climate change is expected to reduce the amount of sea ice, thus further increasing the risk of shoreline erosion (Higgins, 2016).

Interpreting islandness with the edge

Like the concept of islandness, the edge is much more nuanced and complex than it first appears. There are all kinds of different edges, sub-edges, and temporally varying edges. Despite its initial appearance as a fixed demarcation between land and water, the edge is anything but. Whether on the scale of waves constantly advancing and receding, or on the longer time-scale of the rise and fall of sea levels, the edge is forever in motion; a motion concurrently rapid and slow. 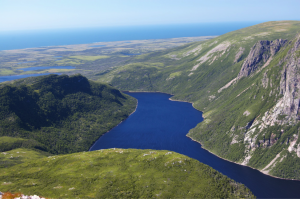 Figure 4: Gros Morne National Park, Newfoundland. The lowlands between the current shore and the foothills of the mountains rose above sea-level due to isostatic rebound, pushing the edge several kilometers west (Photo by author, 2009).

If islandness is defined, at least in part, by the edge, in particular by being bound and circumscribed by the edge, then islandness will be multi-dimensional, multi-scalar, and in perpetual flux. To borrow (crudely) from poststructuralist thought, the edge is core to the meaning of islandness, but it is also at the limit of knowledge, to some extent unknowable. Thus, in my search for meaning in islandness, “truth becomes a matter of perspective rather than absolute order” (Williams, 2005, p. 14). To me, both the edge specifically and islandness more generally exemplify this interpretivity. The edge can be used to provide a certain specificity of meaning to islandness for some, and it will provide a different interpretive usefulness to others. The poststructuralist openness to difference and the freedom to come to varying conclusions (Williams, 2005) suggests that exploring islandness through different, even contradictory, interpretations can expand our knowledge in various novel and useful ways. Ultimately, the particular meaning we assign to islandness is not critical; it’s what we make of it that matters.

DeLoughrey, E. (2001). The litany of islands, the rosary of archipelagoes: Caribbean & Pacific archipelagraphy. ARIEL: A Review of International English Literature, 32(1), 21–51.

Patrick Lévêque is a Thesis Student in the Master of Arts in Island Studies (MAIS) program at the University of Prince Edward Island.

To learn more about Patrick and his research, visit his MAIS Graduate Profile here.