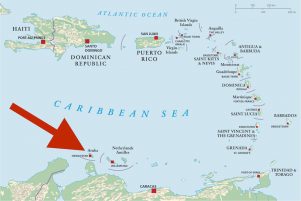 The deadline for abstracts (second call) was November 23, 2018. It is now closed.

All presenters giving papers related to the mandate of the Small States and Territories Journal will be invited to submit an expanded paper version of their presentations to a themed section of a forthcoming issue of this peer-reviewed journal.

Presenters giving papers at the conference on socio-cultural topics will be invited to submit expanded versions of their presentations to the journal Shima for consideration for inclusion in a themed section or theme issue (dependent on number of submissions accepted).

CALL FOR PAPERS | Deadline for abstracts was November 23, 2018. It is now closed.

Starting with Ethiopia in 1941, no less than 129 countries have achieved independence in the last 70-odd years. This trend has been spearheaded by former colonies pressing for, and achieving, full sovereignty, as well as by the breakup of morally bankrupt empires (Soviet Union, Yugoslavia) in the face of agitations for self-determination. Models of 21st-century world governance are based on, and organized around, the sovereign state. There are now 193 such members in the United Nations. Most international and regional organizations, as well as diplomatic efforts, imply the exclusive operation of sovereign, independent states and their representatives. But: this impetus towards sovereignty has ground largely to a halt. Only four states have secured independence since 1993; East Timor, Montenegro, Kosovo and South Sudan; of these, one (Kosovo) remains partially recognized and another (South Sudan) is caught in a deadly civil war. MORE 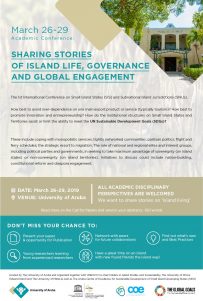